These books you can buy only at our Institute.

The book tells about Sabina Spielrein (1885-1942) – a nonordinary and enigmatic woman who lived a life full of tensions and creative fulfillments, about her passionate love for K.G. Jung, friendly relations with S. Freud, about unknown to many readers details of private life of the two founders of psychoanalysis. Having been inspired by her two great therapists Sabina became a psychoanalyst herself. Here life dramatically changed after her return to the Soviet Russia. She survived years of repressions when her three brothers (outstanding Soviet scientists) were arrested and executed in 1935 and 1937. She died tragically during German occupation of Rostov-on-Don in 1942.

The book contains texts written by its author in different periods of his research, teaching, and therapeutical work. The texts deal with the history of the rise and development of psychoanalysis, a conceptual reflection on psychoanalytic theory and practice, and with some questions of clinical and nonclinical character.

The volume will be interesting for students studying psychoanalysis, psychology, philosophy, history, culturology, and medicine as well as for those who have general interest in psychoanalytic approach to the study of human beings and the treatment of personal psychic disorders.

The Psychoanalytic Investigations Society (Obschestvo Psihoanaliticheskih Issledovaniy) is a scientific-practical union of specialist interested in the application and development of psychoanalytic theory and practice in scientific, pedagogical and promotional realms. The mission of the Society is creating the conditions for professional communication and development of specialists in psychology, psychiatry, and other disciplines who are interested in studying psychoanalytic theories and methods of using them in their work. The Society functions in close contact with the Moscow Psychoanalytic Society.

The basic objectives of the Society consist of organizing seminars, discussions, training programs on the problems of psychoanalysis for the interested specialists and enthusiasts who want to be introduced to psychoanalysis and its use in psychology, psychiatry, other fields of medicine as well as in art and human sciences. 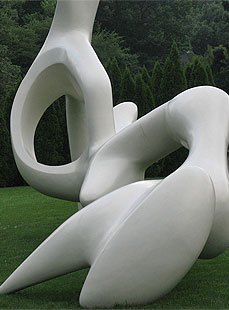 In his articles written in 1921-1925 a classic of psychoanalysis Karl Abraham (1877-1925) expands the conceptions of oral, anal and genital phases of development and studies the influence of pre-genital and genital dispositions of the sexual impulse (the libido) on human character which he defines as a sum of instinctive reactions on social surroundings. The author shows that sexual impulse after having been repressed is not open to sublimation. Instead having regressed to pre-genital levels of development it either results in a formation of symptoms or forms character traits which symbolize child’s bodily functioning and determine the attitude to the I and to the objects. Special attention is paid to the destiny of sadistic impulses on different stages of development. Abraham discusses patient’s character analysis as one of the most difficult but gratifying objectives of psychoanalysis.

Bulletin of the Institute of Classical and Contemporary Psychoanalysis – 2003. (In Russian)

A yearly collection of articles about classical and contemporary psychoanalysis written by the Institutes faculty members.

Bulletin of the Institute of Classical and Contemporary Psychoanalysis. 2002. (In Russian)

A yearly collection of articles about classical and contemporary psychoanalysis written by the Institutes faculty members.

Freudian Theories of Psychic Apparatus and Their Use in Psychoanalysis. (In Russian)

L. Fusu’s and B. Eremin’s book begins a series of publications of the Institute of Classical and Contemporary Psychoanalysis devoted to a search for a solution to a difficult problem – an investigation of human’s psyche.

The series is planned to present works of different types: from theoretical developments of scientists to practical advice from psychotherapists, psychoanalysts representing various trends in psychoanalysis, practice of psychic and physical perfection.

How to cope with anxiety, obsession, fear? How to reach a psychical balance? How to adapt to various life situations?

This book as well as the whole series may be interesting to students, educational specialists, and all those who are looking for advice in dealing with issues in practical psychoanalysis.